Get to know the author

Learn how Bill Newton’s colorful life has challenged and strengthened his faith. 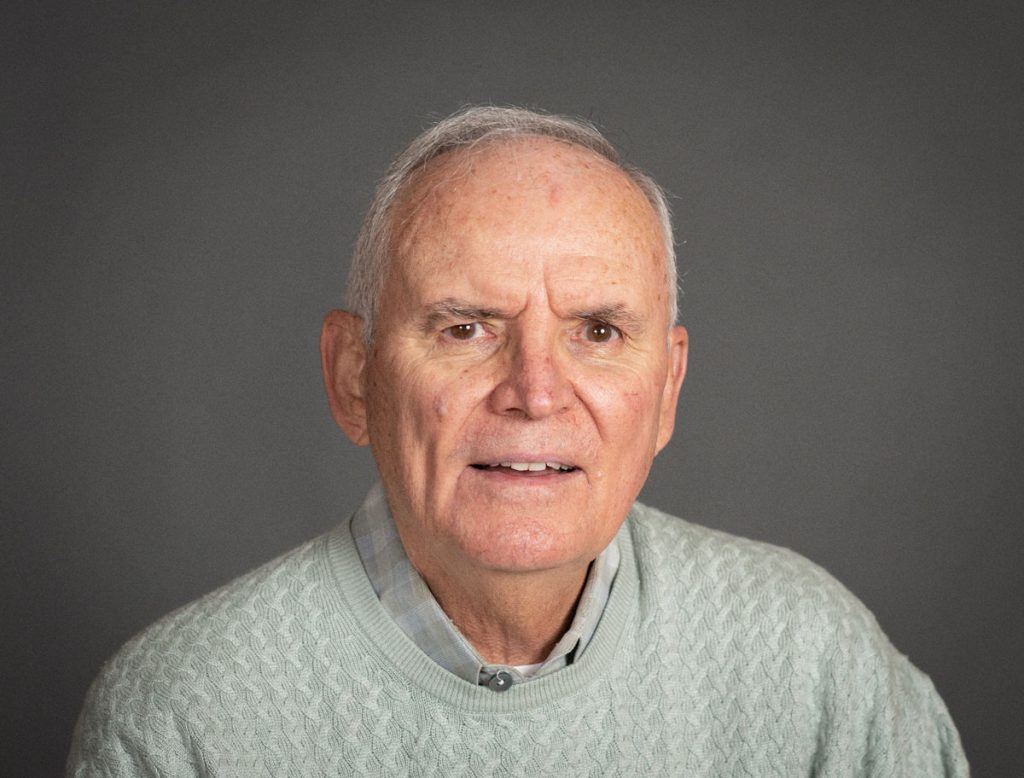 Bill’s life is filled with stories from his time on the football field, in the air in battle, in corner offices, and behind classroom desks and pulpits. But his story isn’t merely one of adventure after adventure. Like every man, Bill’s story is punctuated by highs and lows.

He’s been where you’ve been: striving, making mistakes, winning some and losing some. He has fought to advance a career, follow Jesus, love his wife, and be a good father. And like you, he’s often found himself taking two steps forward and one step back.

Football, Military, & Harvard
A military veteran, Bill was president of his class in the U.S. Naval Academy and graduated with an engineering degree. Football is one of his passions, and he both played and coached for Navy. After the academy, Bill flew over 250 combat missions in Vietnam — earning five Distinguished Flying Cross medals.

He rose to the position of admiral’s aide and faced a crossroads: should he continue his military career, or step back and focus on his family? He was determined to not be a part-time dad, and left the Navy to attend Harvard Business School.

Career
Bill’s early career took off. Just a few years after graduation, he was Executive Vice President of Progressive Insurance and led his divisions through several banner years of growth. That chapter came to an abrupt end when he was forced to decide whether to stand by his Christian convictions or ignore a major moral failure within the company. He chose to step down.

After leaving Progressive, he bought six companies— determined to grow and operate them on solidly Biblical principles. Five were successes and one was a dud.

Ministry
Like every Christian, Bill’s ministry began the day he accepted Christ’s call to “follow me.” As he says, “We are all in ministry — the only difference is where we get our paychecks. I had much to learn and a lot of baggage to shed.”

From 1982 – 2003, Bill served as an elder under Alistair Begg’s leadership at Parkside Church. He went on to serve as Pastor of Discipleship and Administration at Woodland Hills Church in Asheville, NC from 2003 -2010. The Lord then led him to the role of professor and acting treasurer at Uganda Baptist Seminary in 2011. Today, Bill pastors Madison Chapel — a small non-denominational church in Mars Hill, NC.

Mission
If you ask Bill what his mission is, he’ll tell you, “I want to help men grow up.”

Throughout his ministry and career, Bill has seen many men experience the same struggles he had — wanting to mature as Christians, but stuck spinning their wheels.

He wrote Endure to point these men in the right direction — toward a walk with God that’s deeper than conforming and performing.

Connect with Bill on Social Media

Bill Newton is a pastor and author from Mars Hill, NC. His first book, Endure: A Christian Man’s Guide to Finishing Well, was written to help men mature in their faith and run with endurance from start to finish.